Why Study in Córdoba, Argentina?

Córdoba is Argentina’s second largest city as well as the capital of the province with the same name. It has become a recognized historic and cultural center due to its strategic location in the heart of the country.

Cordoba, known as “La Docta” (from the Latin docere, meaning “to teach”), has become the home to more than 130,000 students from around the world who seek to gain not only academic knowledge but also cultural immersion.

Experiencing Cordoba’s surrounding nature and wildlife destinations is an absolute must. The nearby lakes and rivers attract water sports enthusiasts from around the world, while local mountains and valleys are ideal for hiking, horseback riding, rock climbing, hand gliding, and other outdoor activities.

This modern city, with its state-of-the-art shopping centers and 5-star hotels, stands out among other important capital cities worldwide. The Cordobés charm cannot be missed in the numerous nightlife activities, which include restaurants, shows, dance clubs, and pubs. In terms of industry, Córdoba is known for its automotive factories, cement and aeronautical production, oil and dairy manufacturing, among other businesses.

Córdoba, with its warm and inviting inhabitants, offers students the unique experience of being fully integrated into Argentine lifestyle and customs.

A Brief History Of The City

Founded in 1573 on the water’s edge of the Suquía river, the city of Cordoba is famous for being the greatest cultural and services center after Buenos Aires. It has a historic center with one of the most valuable heritage in the country, with a number of churches, convents and old houses dating from the 17th to the 19th centuries with remarkable artistic and architectonic value.

The Cathedral, the Compañía, Santa Teresa, and Santa Catalina Convents, the House of the Marquee of Sobremonte, and the Rivera Indarte Theater – all found in Córdoba – are among the various outstanding monuments in Argentina’s architectural heritage.

Additionally, it was in this city that the country’s first university was founded by the Jesuits in 1613, which is not only the oldest university in the country but also one of the first in Latin America.

Córdoba is currently the second biggest city in the Republic of Argentina, with a population of approximately 1,250,000 inhabitants.

For further information about Argentina visit:

For further information about Cordoba visit: 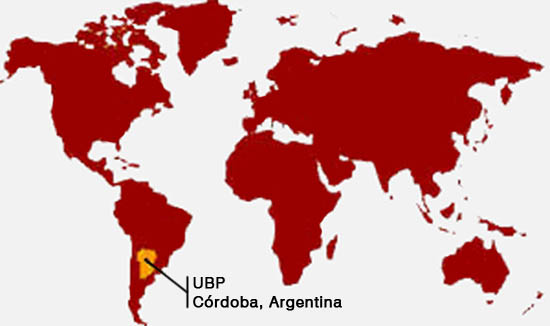